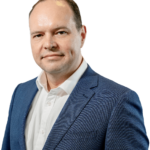 Today’s ‘fiscal event’ was a change from the usual conventions around the announcements of tax and fiscal policy.  It also represented a stark change of mood in terms of the Government’s attitude to tax, writes Chris James, Director of Accountancy Services.

But the biggest news for contractors was on the ‘new IR35’ rules, Off-payroll Working (OPW).  These rules amended the original IR35 rules to shift liability for incorrect employment status decisions up the supply chain, away from the contractor.  These reforms have left a lot of contractors, convinced they remain ‘outside IR35’ and unable to secure assignments, because the supply chain would not engage with the legislation, or take the financial risk in a complex tax area. As a result, many workers had to work through some kind of employed model instead.

Many hoped for a meaningful review of IR35.  Instead, the Chancellor confirmed that the ‘new IR35’ rules would be repealed completely from April 2023 – a very dramatic step.  From that date, the old IR35 rules will apply again, meaning for most contractors that they will have to reassess IR35 status themselves, as they did before OPW took effect in 2017 / 2021. We can expect HMRC to change their approach to compliance in due course.

Arguably, this is the most positive ‘budget-like event’, in tax terms for small businesses and entrepreneurs for many years, especially for contractors working through PSCs.

The temporary increase (1.25%) in employee and employer National Insurance (NIC) was introduced in April 2022, to run until March 2023, when a similar new ‘tax’, the Health and Social Care Levy (HSC), would be introduced to replace it. In July 2022, partly due to public concerns, the thresholds at which NIC takes effect were increased, part-way through a tax year.

The temporary increase to both employees and employer NIC will be withdrawn from 6th November 2022, and the HSC will not be introduced in April 2023. The higher thresholds introduced will however remain. Payroll software companies will need to update their systems in the next few weeks.

A non-temporary increase in the dividend tax rates of 1.25% was also introduced in April 2022.  This is being reversed, from April 2023.

The basic rate of income tax, currently 20%, will reduce to 19%.  The additional rate, applying over £150k, of 45% will be dropped, and 40% will be the top rate of tax.  These changes arrive in April 2023, much earlier than the basic rate reduction has previously been scheduled. These changes form a central part of the Government’s ‘tax-cutting’ agenda.

From today, the nil rate band for stamp duty has been doubled to £250,000, with the aim of stimulating the housing market.

There was cautious expectation of a meaningful IR35 review.  Instead, as mentioned above, the new version of IR35, Off-payroll Working, will be repealed, ceasing to have effect from April 2023.  This is a huge change of direction but will be strongly welcomed by many in the freelance sector.

The Office of Tax Simplification was thanked for its work, but will be wound down. Instead, the Chancellor wants Tax officials to make the simplification of taxes a primary focus ‘in-house’ from now on.

We are delighted to announce we were ‘highly commended’ at the IPSE Freelancer Awards 2022. Katy Carlisle, winner of the best supplier category, surprised us as she went up to…

How do you know if your Umbrella company is compliant?

Umbrella companies play an essential part in the utilisation of temporary labour in the UK. They provide a platform for workers to easily and simply move from one temporary contract…

Across the globe, tax authorities are closing in on those suspected of breaking internal tax and finance regulations, writes 6CATSPRO, our international compliance consulting arm. While most global organisations will…

We are delighted to announce we were ‘highly commended’ at the IPSE Freelancer Awards 2022. Katy Carlisle, winner of the best supplier category, surprised us as she went up to…

How do you know if your Umbrella company is compliant?

Umbrella companies play an essential part in the utilisation of temporary labour in the UK. They provide a platform for workers to easily and simply move from one temporary contract…

Across the globe, tax authorities are closing in on those suspected of breaking internal tax and finance regulations, writes 6CATSPRO, our international compliance consulting arm. While most global organisations will…

Read more
How we calculate these figures